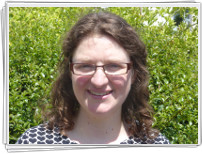 Helen qualified as a physiotherapist from Keele University with first class honours in 1997 and went on to work in Leicester rotating through a wide range of specialities. Between 1999 to 2003 Helen worked in musculo-skeletal physiotherapy, including trauma, outpatients, orthopaedics and hands and plastics at Oxford and Milton Keynes.

Helen left the NHS in 2009 and has worked privately in paediatrics and domiciliary care eversince.